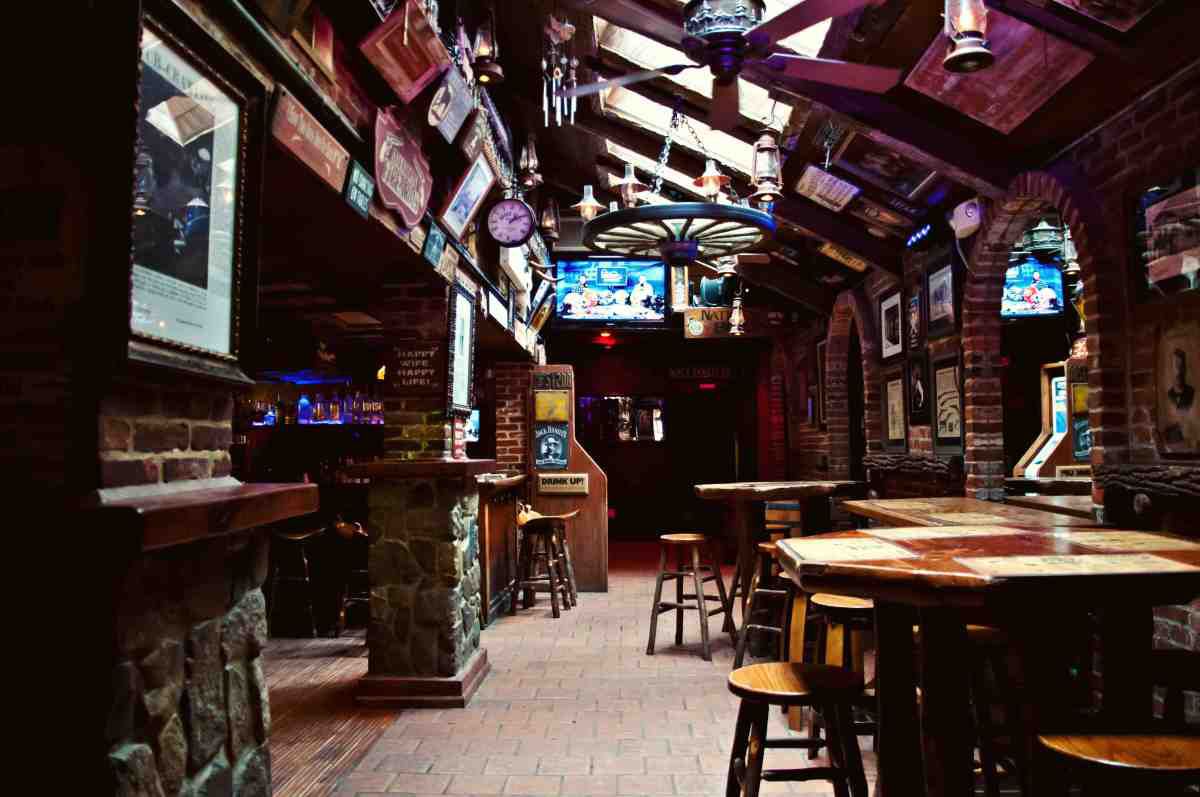 Fells Point Tavern is a Mediterranean style restaurant located at 1606 Thames Street, Baltimore, formerly known as Kali’s restaurant. Anastacia Keramidas was the driving force behind Fells Point Tavern. She had started working at her father’s restaurant at the age of 13. Kali’s had a successful 15 years, but her father Vasilis Keramidis wanted Anastacia and her brother Alexander to get more involved in the restaurant’s affairs. Anastacia and Alexander convinced their father to transform Thames Street’s Kali’s Restaurant into Fells Point Tavern. The new relaxed joint would focus on craft beer, upscale bistro fare, and live music. Anastacia and Alexander used to hang out at bars with a more casual vibe and decided to expand their creativity using this platform. At first, the two were surprised that their father bought into the idea since Kali’s Court had experienced steady growth over the years. The idea made sense since fine dining was starting to make its way away from the community around Fells Point. Although there were great restaurants in the area, Vasilis Keramidis preferred the Bar concept more.

The Keramidas family decided to set up Fells Point Tavern in what was previously Kali’s dining room. The new joint would host 4 live bands every week and feature a drink program with twenty taps of local beer and craft cocktails. The mezzanine on the upper floor was redesigned into a lounge area where people who didn’t want to be next to the band could relax. The transformation of Kali’s took place at a critical period of transition for Baltimore, which had witnessed the closure of staple joints such as Leadbetter’s Tavern, and an increase of more modern cocktail styles. When setting up Fells Point Tavern, the owners wanted it to be a universal joint with a relaxed atmosphere where folks could grab a beer and catch the game or relax and enjoy good food at the courtyard outside. Above all, they hoped that the communal vibe would appeal to locals and that the joint would allow people from different backgrounds to connect in one spot. Anastacia and Alexander’s idea was to make Fell’s Point Tavern a joint for all Baltimoreans, and one where everybody feels comfortable. They picked the name “Fell’s Point Tavern” because it was strong and simple yet to the point.

Fell Point Tavern’s setup featured a laid-back, sophisticated and inviting dark wood setting with a lively and comfortable atmosphere. It maintained the architectural interests of Kali’s Court with the dark woods, old brick arches, and the magnificent bar. Still, it added a modern industrial flair with a concrete floor, revamped mezzanine floor, communal tables from vintage reclaimed wooden furniture. The space also featured a cozy sitting area with bench-style window-side tables, communal lounge area, a sofa with pillows, and brass and mahogany accents. The beautiful terrace that people traversed when making their way into Kali’s Court was made more lively through an outside patio. Fells Point Tavern’s new design fit perfectly with the historical and outdoor theme of Fells Point, and folks could enjoy bistro-style food, Baltimore’s most exquisite meals, and a selection of local craft beers. The new concept made it possible for the owners to utilize the courtyard space for special events fully. The restaurant has received many positive reviews from diners who expressed their satisfaction with the quality of meals served at the restaurant.